Are you satisfied?
Call forth your hungry ghosts and give them somethin' yummy!

Tonight at 6 PM we will have a Sejiki Ceremony at City Center. This ancient ceremony (the link from China in the Ritual post below captures a more complicated, six-hour version) invokes hungry, unsatisfied beings to come forth and be fed. We mix it up a bit with Halloween here at SFZC so it can get a little wild. But it's important to remember that these hungry ghosts, this deep, painful, unsatisfied restlessness is the root cause of much evil in our world, the source of our fear and suffering. So it's also good to respect and support the ritual that is calling them forth, feeding them and (very important) sending them back.

From an article by Vicki Austin, originally published in Wind Bell:
The process of the ceremony setting a protected space, inviting the shadow in a ceremonial space in which it can be safely held, and meeting it with everyday kindness through our Bodhisattva vow—is an enactment of our deepest compassion. In practice we have to be able to enter hell for the benefit of a suffering being, whether it’s ourselves or someone else. We have to be able to be moved and have our practice continue. The deepest compassion is to feed the hungry and nourish the unsatisfied in body, speech, and mind, just when an opportunity presents itself. At Segaki, we activate the mind that can do this, and follow it with a rousing celebration of haunting and freedom, shadow and light.
Here's the full essay. So have some fun and get a little wild. Play with the shadows and dance with the strange and hidden but in the middle of it all try to keep close the reason you practice. 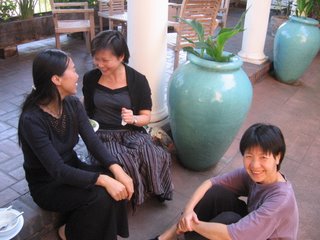 Liping, Yuhuan and Lucy in the courtyard
Posted by Dana V at 3:40 PM 1 comment: 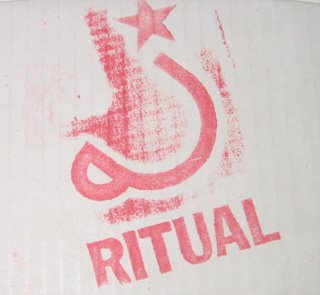 Ritual
Last week I was doshi for morning service, carrying "the stick" or kotsu for the first time. Occasionally I've lead morning service at Tassajara when a desperate Ino would pull me from the rank and file, but last week was different, as this whole shuso experience has been different. It has something to do with being invited and empowered and energized by the sangha. (Also very important: this time I had been trained!)
It got me to thinking about ritual and how, after several years at Zen Center, I've come to take it for granted. In fact, I missed quite a few services and ceremonies last summer due to my job and it didn't bother me at all. But last week the power and magic was th

ere--incense offerings and deep bells, fire captured in the kobaku, the mysterious dance of moving towards and away from the altar. Mostly I was aware of the steady, rhythmic chanting of the sangha. It's true that some were almost asleep or off in a dream, but others were completely present with the mind/belly practice of chanting. For me, when we do ritual as a sangha, we create the sacredness and integrity of ritual together and it is all the more powerful for it.
At the same time, it was also very routine, service as usual. Nine bows. It must be Wednesday because we're chanting the Sandokai. The sangha drawing out "All Buddhas" like it was a piece of salt water taffy.

Here's a glimpse at the roots of our ritual in Japan and in China and even right here in California (about two minutes into this clip in which Rabbi Alan Lew speaks about meditation and ritual from a Jewish perspective, you'll see a service at Tassajara.) And if you want to know another secret of the shuso's boundless energy, you might have to look for her here.

Thanks to Renshin for the kobaku photo above. Take a look at more of her lovely SFZC pictures on her flickr page .

PS Many people have said that they've wanted to post comments but didn't know how. Here's a hint from sangha member Jay Pinka: Click on the orange "comment" at the bottom of the post and type in your comment as "anonymous." You can identify yourself in your comment if you want; the anonymous title just simplifies the process.
Posted by Dana V at 2:59 PM 2 comments: 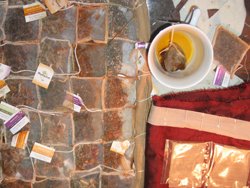 Art Post
I'm very pleased to offer this guest post from Tanya Takacs both because I'd like to do more guest posts here and because it's about her creative process. Ever since coming to Zen, I've wondered about the relationship between shikantaza/just sitting (只管打坐) and the active, expressive nature of art-making. Are they opposed or complimentary? Do they support each other or distract from each other? Can I do both, or are they each asking for different ways of relating to my life? Here in the City, it seems more possible to explore this and maybe discover that it's not so much about one or the other, but about the rich and inspiring way they intersect and inform each other. Now, if only there was enough time...

About a year ago, the idea for an art project made of Mighty Leaf teabags came up while celebrating a friend’s 40th birthday quietly with tea and dessert. We admired the handcrafted silk bags. Seemed a waste to simply throw away (compost) the used bag. Instead, we opened one together and admired the bouquet of colors, textures, and scents. I saved this first bag and, in time, came to sew together the first square of 9 tea bags. With Sejiki/Halloween near, I’ve continued to collect, dry, and now incorporate tea bags into a costume of some kind. When people ask me what I’ll be for Halloween, I answer “Nostalgia.” Some friends and sangha members have started saving their tea bags for me and I’ve written sayings on some of the tags. For instance, when Doug and Aina were up from Tassajara, quite a few vanilla tea bags proliferated on our kitchen counter and on one of the tags I drew hearts and wrote their names (as it was shortly before their wedding.) There’s also a bag from a recent shuso tea. A set of two bags have been named “tentative returnings, surprising and pleasant reunions” after hearing a tale of two friends reconnecting at Momi Tobi’s after some time apart.

What has been the most unexpected part of working on this project for me is that it has brought up experiential memories of handsewing my rakusu five years ago—I think that’s the only other project I’ve handsewn—memories of the quiet, settled contentment I felt in bringing my awareness/concentration to such a simple and repetitive activity.

I’ve also been thinking about my practice history because I’m a few months away from embarking on a new transition on my spiritual path, my first practice period at Tassajara. 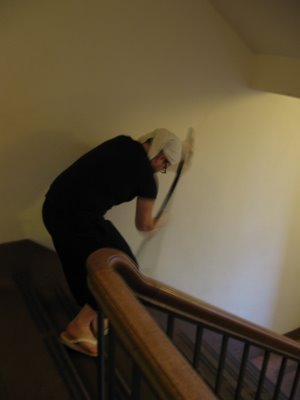 Way-Seeking Mind
Tonight I give my first talk--the Shuso's way-seeking mind talk. I confess that as of right now I have no idea what I'm going to say or even how I want to structure it. There is work and meetings and PP tea today, too. I'm tired and a little stretched. This isn't a bad thing, I know. But I'm watching myself almost wanting to worry--about the brochure for Tassajara next year, about the talk, about being shuso. Can worry be turned into curiosity?

The theme of this Practice Period is the Paramitas and we've been looking at dana paramita (or the perfection of giving.) Paul has started something kind of crazy and wonderful by handing out $1.00 bills to everyone in his various classes and tea groups, asking them to give it away in such a way that it encourages the receiver to continue to give. There are many wonderful stories about this already and one place to start to compile them is in Sherri's blog. I feel really good about the dollar bill project--in a very real way anyone who takes this up will be bringing their practice, their heart, into the world. Into this world, which needs so much right now.
Posted by Dana V at 9:42 AM 2 comments:

The Benji and Me

A benji is sort of an assistant to the Shuso. She carries incense, sets up appointments for tea and makes or procures the cookies. She also helps the Shuso to clean the bathrooms every morning at soji, a traditional activity that goes back to where the Shuso is responsible for mucking out the outhouse. I'm not sure why this is up to the shuso. My guess is that as Model Student, the shuso is showing a willingness to do whatever task is needed to serve the sangha. For me it also has to do with a wide and generous expression of practice--from offering incense and bowing to scrubbing a toilet, all is Buddha activity.
The benji this Practice Period is Janeen Rojas and that means I am one lucky shuso. Janeen is very dedicated to practice, warm and funny and, like me, a big lover of sangha. She also just got her nursing degree so we're covered if we have any unexpected mishaps on the way to the zendo. I'm hoping that she will write a few guest posts in this blog.
The past several days have been very full. I'm finding that being shuso is clarifying my hazy commitment and aligning my life straight on with practice and temple life. It's overwhelming and it's energizing, like being asked to do too much and simultaneously being given what you need to do it.

The day after...
Suddenly I'm the shuso, running through the temple at 4:55 AM, ringing a bell as loudly as I can, hitting the han, making a whole lot of noise. It was kind of fun, like calling every one to a special party. I know from experience that it doesn't necessarily feel that way from the point of view of the one being woken up. But I had a blast.

It got me to thinking about how physical Zen practice is, how often I am enacting with my body the requests of practice, regardless of what is going on in my mind. By putting my body in the zendo and sitting zazen, the request for stillness is enacted by stillness. In bowing to discover, right there in the bow, what it is to give over, to let go. I know I've heard Paul lecture about this, but there was something about the physicality of running at full speed for 10 minutes before sitting zazen that made it a real, actual experience. Or maybe it was just the endorphins?

I'm finding it hard to capture last night's ceremony in words. It was very powerful, and clarifying and deeply supportive. I mostly felt gratitude, endless rivers of gratitude.

Tomorrow night is the Shuso Entering Ceremony, so technically I'm not a shuso yet. Even so, I can already feel the shift starting to happen and it's put me off balance and out of sorts. I don't know who I am right now. This is both a little scary and a little exciting. There is so much opportunity for failure, so many places to make mistakes--that's the scary part. The excitement is in the connection, grace, giving and receiving, celebration, full-on immersion in the dharma and sangha. Practicing with this means surrendering, over and over, to not know who I am. To be brand new.

I can't do shuso, I'm not even sure if I can be shuso, but I can walk, blind and foolish, into the experience and see what happens. . . It helps that there will be cookies.
Posted by Dana V at 2:41 PM 1 comment: 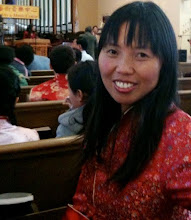 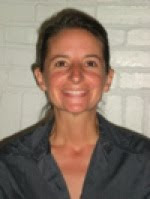 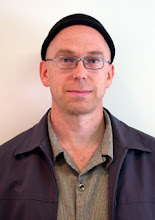